Monday: While exploring the taming of Man’s Best Friend in PBL, students realized that making masks of their most revered animal really was a form of prestige. We made incredible masks and looked at cultures around the world and the times of prestige masks they created! 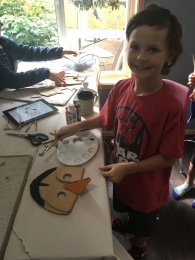 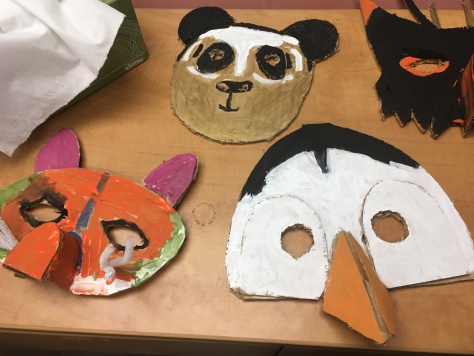 In Reading, we worked on our intro to poetry. It was rather… dark.. but very sophisticated imagery!

In Math we started our workbook and station activities, using place value to explore regrouping and multiples. We played some new games: Addition War, Guess Who (numbers), and Foam Fractions challenge 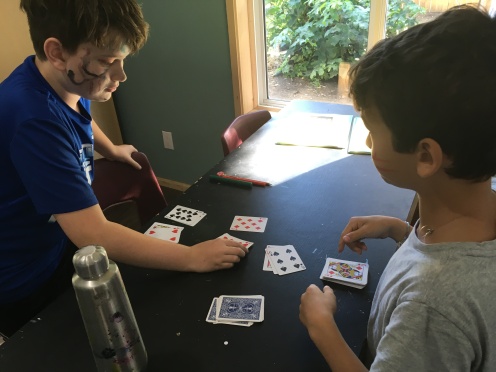 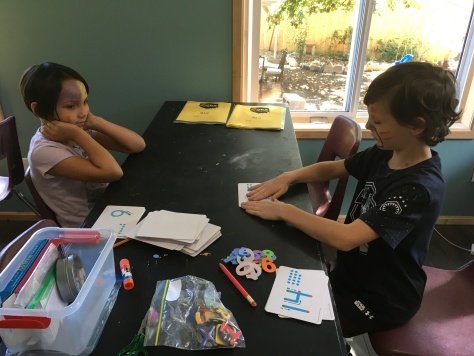 Tuesday: In Theatre, we started a new story drama: What to do with a Problem (Kobi Yamada) by looking at story cards (faces) of people who were worried. We tried to imagine what they might be worried about, and even thought of rating them most worried to least worried. It was a really interesting exercise in perspective, as well. After that we thought about our own worries and how that looks from the outside, and how it feels on the inside. We read the story What to Do with a Problem and realized that sometimes problems really do turn into huge worries. Then we looked at Mindfulness images (faces) and thought about how they might work for the people in the pictures. More to come next week!! 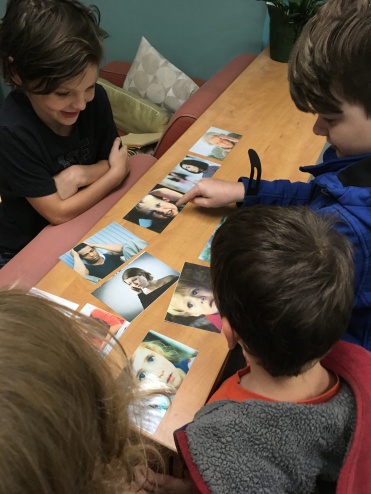 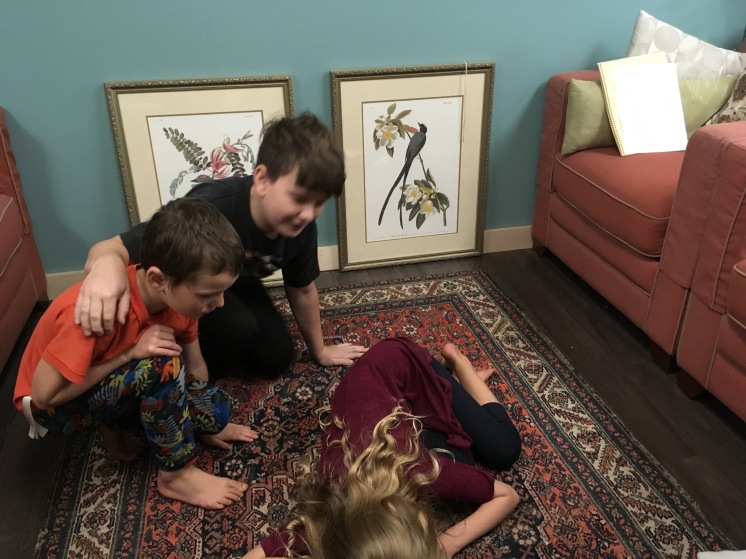 In the afternoon Project’s Club we worked on our Naturescape, with a new river and beach layout, as well as some jumping logs. We also worked on sewing ponchos and sweatshirts.

In french we jumped in to a costume box and had lots of laughs thinking about Robert in his ostrich pantalons. The students looked up clothing terms and drew some pretty funny cartoons for the script.

In art we worked on Mandalas, using found objects.

Math Gnomes took us on a new adventure. Group A started by meeting the gnomes, Plus, Minus, Multiply and Divide. We also stuck some foam numbers into our books to Stamp Out* number reversals. Group B met Mr. Lucky and explored probability at his Inn. We also made fraction circles using geometry!

In Nature Adventures, we hiked the side of Cobble Hill Mountain in search of trees and mysterious leaf shapes. It was a beautiful day for a hike, even when it was a bit sprinkling. After out adventure, the students chose from station activities: My Tree story, Busy Beaver story telling, wood crafts, leaf matching and memory games. 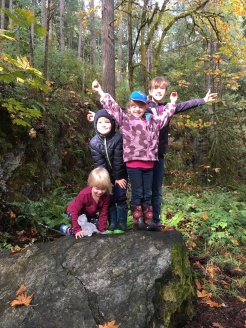 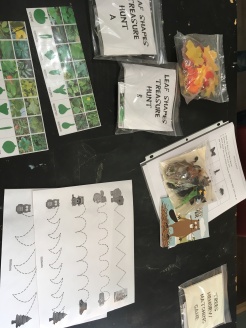 While I have always looked towards teaching for my profession, it was the two years as I spent in Japan an ESL teacher that convinced me I had found my calling. I enjoy the challenges we face in the classroom—the variety of learning styles, the creative versus the scientific mind—and see the day-to-day impact that teachers have on students’ lives. In my own classroom I try to create a sense of excitement and adventure. I strongly advocate for Multiple Intelligence as a central pedagogy. View more posts

This site uses Akismet to reduce spam. Learn how your comment data is processed.